In the past few years, AI evolved into a powerful tool that enables machines to think and act like humans. Moreover, it has garnered focus from tech companies around the world and is considered as the next significant technological shift after the evolution in mobile and cloud platforms. Some even call it the fourth industrial revolution. Forbes states, “By 2020, businesses that use AI and related technologies like machine learning and deep learning to uncover new business insights will take $1.2 trillion each year from competitors that don’t employ these technologies.”

This article gives you an overview of the evolution of AI and sets a foundational understanding of important milestones that led the path for AI surge. 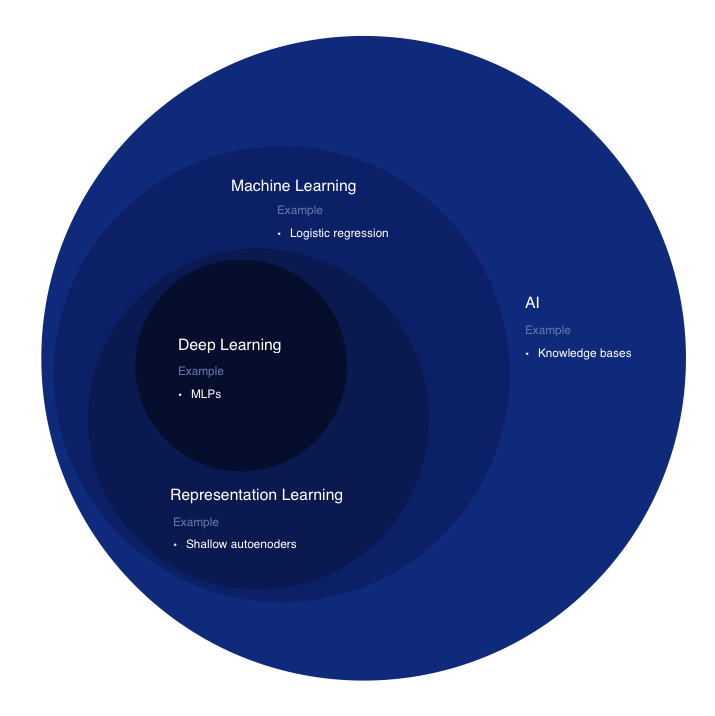 When did the AI surge begin?

Back in the 1800s, AI was limited in myths, fiction, and speculation. Classical philosophers envisioned machines integrated into human beings. However, they were just portrayed in fiction work like Mary Shelly’s “Frankenstein” then. The real initiation in AI began in 1956. The seed that led towards an AI future was a workshop in Darthmod College, attendees of which were claimed as AI leaders for decades to come.

All these goals set the foundation to build a machine with human capabilities. Millions of dollars were invested in bringing their vision to life. However, soon, the US government realized the absence of powerful computing technologies needed to implement AI. The funds were withdrawn, and the journey took the first halt in the late 80s.

The need for a massive amount of data and enormous computing power disrupted the progress in the 80s. The 21st century, however, brought the concept quickly back to life proving Moore’s law. The heavy processing power that tiny silicons hold today has made AI feasible in the current context, also enabling to build improved algorithms.

There have been four successive catalysts in the AI rebirth and revolution: 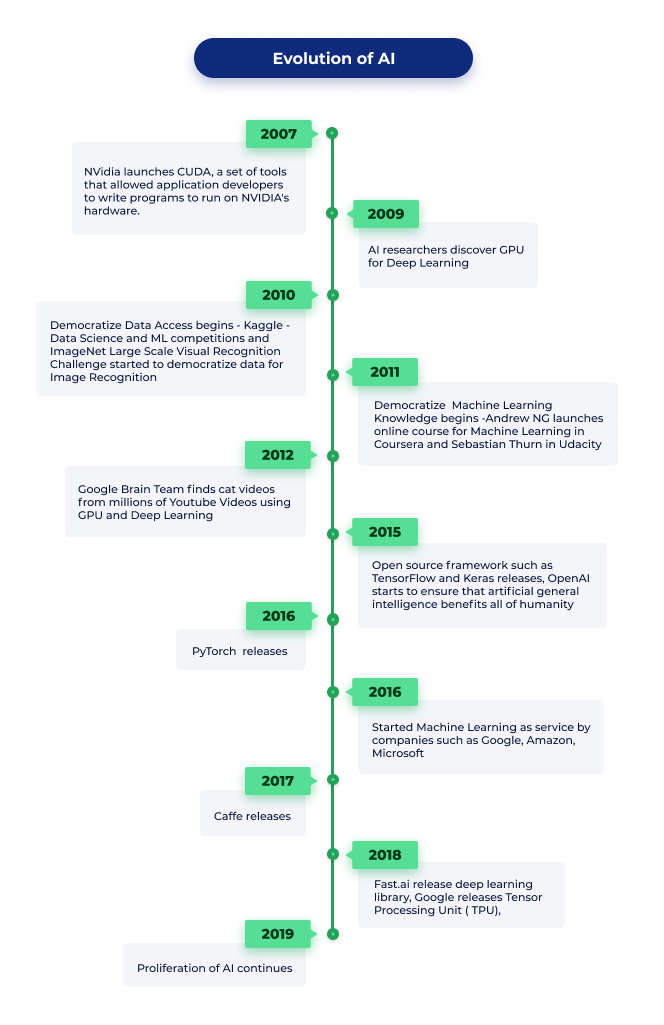 Humankind has witnessed AI identifying cat videos to the invention of self-driving cars. More companies are trying to apply AI to solve problems and build an AI strategy in the organization. The journey of AI, which began with six goals, is gradually being achieved today. With further advancement in technology, a future with humans and machines living together seems possible. Now, we can either choose to observe the trend or start planning our AI strategy to create an impact in a world driven by technology.

Want to take the next leap and integrate AI in your product?

Suja Manandhar is a Business Development Officer at Leapfrog Technology Inc. She is an avid reader and loves to explore about the impacts technology creates in businesses.

Why is a No-Code Recommendation System worth a try?

Lately, in the tech world, no-code systems have been getting immense attention, and for good reasons. These types of systems